Getting to Garden: Sleeves-up Time

Flowers, vegetables, fresh air and no, it’s not the park. The school now has a garden, thanks in-part to City Green. It was built on October 12th, 2012. Filled with all different kinds of plants, it really is a beautiful sight. However, nothing gets to “beautiful” without a little elbow grease.  This is a behind the scenes look from barren to beautiful with Anthony Wayne’s school garden.

It did not take very long to do pre-planting procedures, and it only took a day to build the garden beds and get the soil inside. Outside on the blacktop there used to be a humungous pile of dirt. Many students participated in shrinking it down to nothingness by shoveling and transporting dirt to the beds built earlier.

Planting also occurred that day. “There was soil for vegetable plants but I also brought some butterfly plants,” stated Amy Jolin of City Green. Specifically there is a fig tree, a grape vine, two blueberry plants, and Montauk daises. This went on through the entire day, in different periods of Social Studies, LALB and lunch.

It has potential inter-class cooperation, mostly Science, Social Studies, and Language Arts. There is also a video (located below) that you can watch that might answer any other questions you may have.  All that dirt couldn’t move itself, so thanks to all the students who helped us get from the before picture to the after picture and made the school garden real.

April 9, 2013- Mrs. Kane's students checked on the Garlic that was planted in the Fall, and after reading articles about spinach, they planted.  Students used the Educreations app on the iPads to create instructional videos about how to plant and care for spinach. 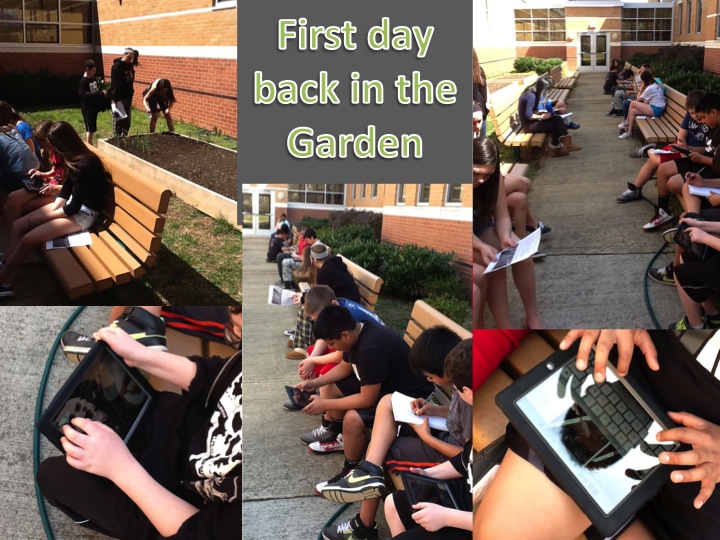 April 22, 2013- Students took a break from NJASK prep to study poetry in the garden.

After reading Wordsworth's poem "As I Wandered Lonely as a Cloud," Mrs. Kane's class was able to watch their own daffodils "swaying and dancing in the breeze."


Then they practiced reciting poems from the spoken word poetry book "Joyful Noise."

June 7, 2013-  Students harvested garlic scapes, radishes, cilantro, and spinach for a Hunger Games cooking class where they studied terminology used in recipes and worked in groups to create 4 delicious dishes! 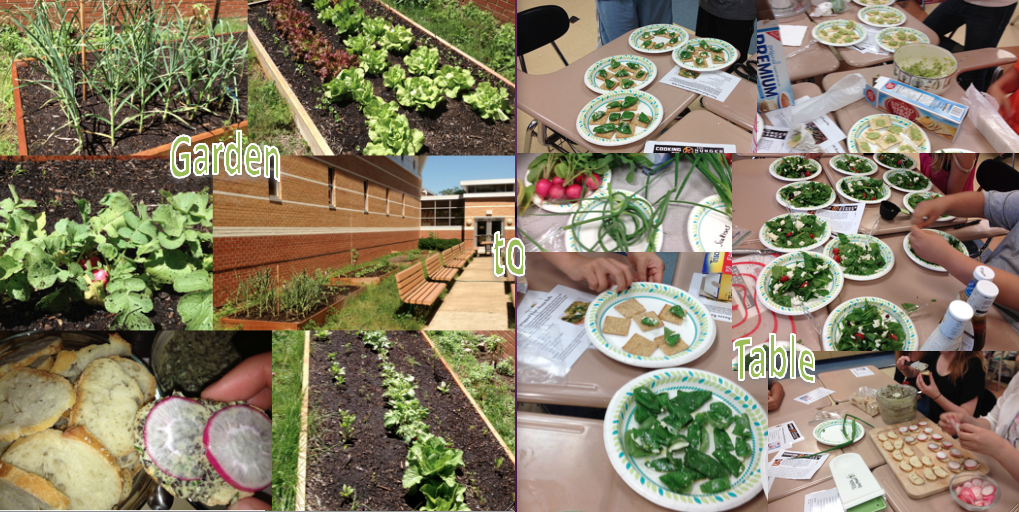