Weekly commentary by Giovanni and Faraz 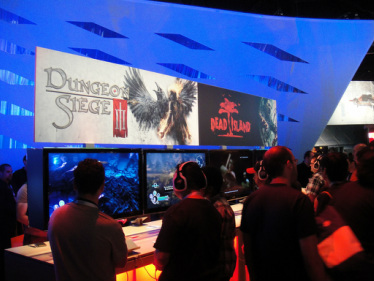 Dead Island is a game where you try to survive the undead. You get to use all kinds of weapons to battle them like paddles, homemade Cleavers, and guns.  The cool part about having weapons is that you can modify them to do anything.  For example,  you can set baseball bats on fire in order to hurt more zombies.  You can even play with your friends in the all new online gameplay.
The game is about 4 survivors and you can pick your own characters named Puruna, Xain, Logan, SamB, as they try to get off the Island. There 2 groups people waiting for help and the other want to leave. The first group’s leader is named Simoi and the other leader is James they are experienced zombie hunters. They were self-trained they bought their own guns.


Gamer Tip:  What I like do is get money and energy drinks, then complete as many missions as possible during the day time. At night you should go in to a safe house.

By Giovanni  and Faraz