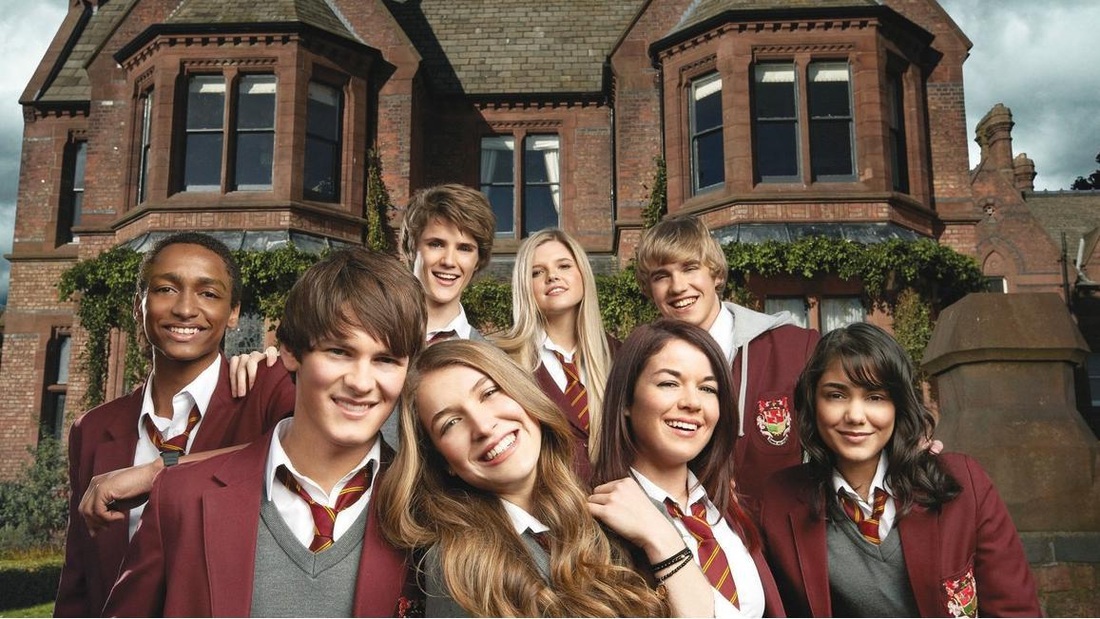 House of Anubis   By: Jordan F.

Sibuna! Lately, the Nickelodeon buzz is all about the Anubis boarding school students. Where’s Nina and what’s Eddie hiding about his visions? These are just a few of the puzzling questions behind this mystery. Rumor has it, Amber is going to fashion school. Yep, spoiler alert, Anna Mulvoy Ten (Amber) is leaving the cast of H.O.A.  So sad, the queen of fashion is leaving.  We’ll miss you Amber!
Also, what’s up with Kara Tatiana (K.T.)?  Is she linked to Eddie like Nina? What’s her key for? Well, that’s what "House of Anubis" is known for: questions.
Who’s Mrs. Denby? What is she hiding?  Why does she have a body in the cell? Is that creepy enough for you? I sure have chills running up my spine. Things get even more confusing from here, but I’m not going to go into major detail about little problems.  It’s 10 o’clock, and Victor wants to hear a pin drop. Better get to bed.

At the 2012 Grammy Awards, the dubstep artist Skrillex wins 3 Grammy Awards. So to congratulate him, his best friend Deadmau5 decides to prank him. And so, he wore a shirt that has Skrillex’s cell phone number on it with the caption “u mad bro?” underneath it. Later that night, Skrillex was getting lots and lots of phone calls from fans saying “great job” and “I love you!.” When Skrillex met up with deadmau5, he realized his shirt and tweeted this: “ha-ha @deadmau5 just wrote my phone number on his shirt. Gotta retire this phone number.” Don’t worry about Skrillex. He has now changed his phone number because I tried it.