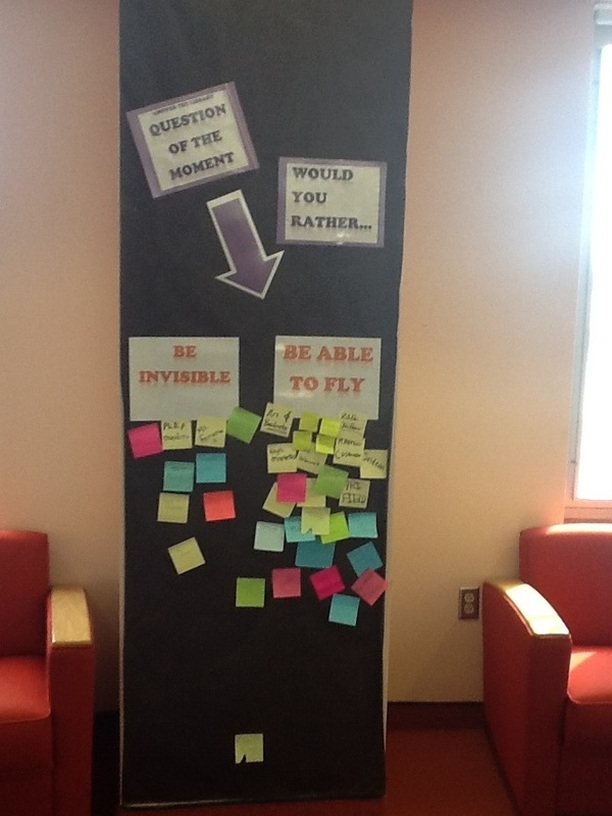 QUESTION OF THE MOMENT UPDATE

The first poll, "Would you rather have texting or facebook was won by TEXTING!
The second poll, " Which faction would you chose" was won by Amity which means peace. The faction with the lowest amount of votes was Dauntless which means bravery. It only received 1 vote.

The current poll is, "Would you rather be able to fly [or have] invisibilty?" right now flying is in the lead but there is still time to change that. So fly over to the library now to make sure your opinion is visible. 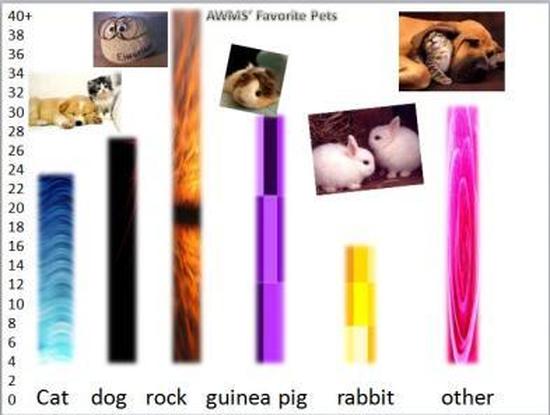 Would You Rather...  by Danielle C.

“Facebook or texting”, which one must you have? This was the first of many more questions to come in the Media Center’s Question of the Moment. This survey will mostly target students but teachers can reply also. I am sorry to all those technology-loving people but no, it’s not online, it is located at (if you haven’t already guessed) the media center. Like I know some people are thinking right now, no, it does not have to take time away from your schedule. Go down any time you are returning or borrowing a book and ask Mrs. Greer. She will be happy to help.

Mrs. Greer stated that “would-you-rather questions help people think,” because “there is no right or wrong answer.” She also said that it was “a good way of answering questions,” because it “is not like a test.” Mrs. Greer didn’t want to reveal any future questions but the current question appeals to all you Divergent fans. Which faction would you chose? Even if you have not read the book, you could ask about it and still be able to answer. The polls are changed every so often so it would be a good idea to check them out regularly. Answer the Question now! 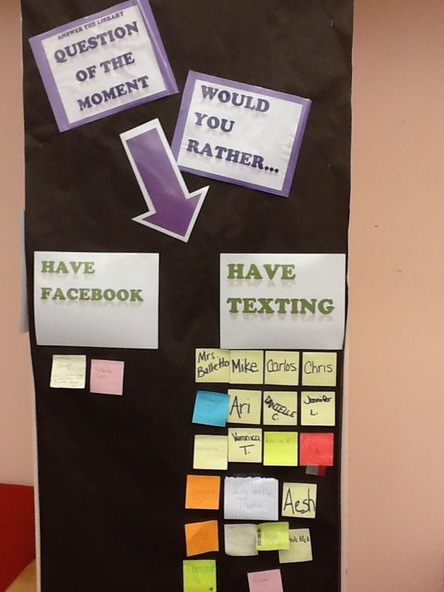