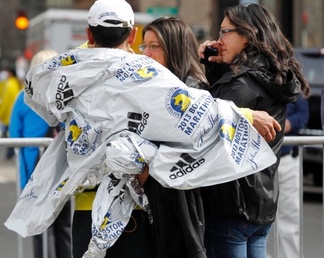 The News roars as a new tragedy occurs. Two bombs were set off during the Boston Marathon, a revered tradition of Boston and an event they are truly proud of. What started as a normal and beautiful day went downhill. The bombs went off around the four hour mark of the marathon, and were only a few seconds and blocks apart. Many things are unsure at the moment as investigations are still happening. At times like these it is important to take information with a grain of salt. It is said that there were ball bearings and nail shrapnel in the bomb, meant to cause severe damage. There are so far, 3 dead and over 180 wounded, most of the injuries were from waist down. It is a possibility,that the bombs were made from pressure cookers, like the ones you might use to cook rice. Theories are forming but little is known for sure. Updates are still happening and new information is always cropping up.
Instead of focusing on crazy theories and uncertainties think of the brave and compassionate people that acted quickly and courageously that dreadful day. Fellow users on a site i frequent often, offered places to stay, rides, and even airplane miles to anyone that needs them because of the Boston Marathon Bombing. Many people are flocking towards Red Cross so they can donate blood. It is also mentioned that it is advised to donate blood in a couple days or weeks, since they have a sufficient amount and the blood would be needed more then. Even though many were running away from the explosions, many more ran in to help. Sometimes it’s tragedies like these that really bring out the best in people. However, this is not always the case. Many people are setting up fraud donation pools and websites made just for scamming people who just want to help. So stay aware and remember to do your research.
A fellow student at Anthony Wayne has a sister who was in Boston during the Bombing. Here is her view on what happened.
“I was terribly devastated to hear about the bombing due to the several lives that inhabit there, one being my own sister attending college. I was mortified, but fortunately, she had responded and was safe. That hit a relief button to me and my family.“

The Boston Marathon Bombing was a terrible incident and no one is sure yet who did or why it happened. It is important to stay optimistic and work together as a community. The Newspaper Club Members give our regards to those injured and whoever may have been affected by such a tragic event.

People all around the world have sent pictures, showing that they care about the tragedy in Boston. Here are some of the pics! 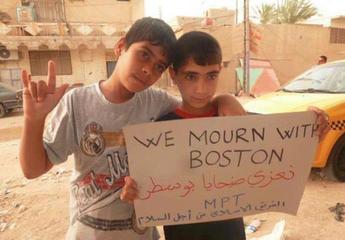 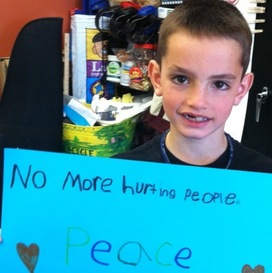