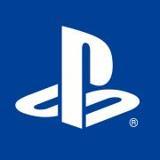 Sony history was like a revenge story.  It all started with Nintendo partnering with Sony for a new gaming system where you can use trays and cartages (PlayStation 1).  It was a good idea until Nintendo partnered up with Phillips behind Sony’s back.  When Sony showed how the new system will look like Nintendo said, “forget what Sony said we partnered up with Phillips.” Sony was so embarrassed and mad at Nintendo, they decided to make a system by their self. Then they made PlayStation and try to sell it. They got the game developers easily because of the big memory of the tray and how Nintendo treated their developer. Nintendo had little memory and didn’t treat their developers that well. PlayStation was a big hit and is still beating Nintendo in the gaming world.