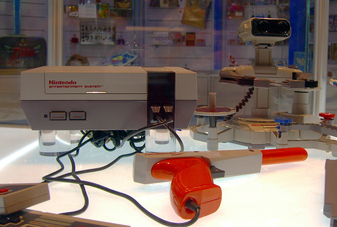 History of Nintendo   by Faraz

The history of Nintendo a story went on about 100 years. Nintendo started off by making playing cards for kids. It was a big success but they want a step further to toys.  One famous toy is Mr. Game & Watch. It went sky high Mr. Game & Watch was not only really addicting but fun. Nintendo just joined the video game world. They started off by making an arcade game that was a Space Invaders rip off named Radar Scope. The sales were really bad and few arcade owners wanted the game. The president of Nintendo soon found a man named Shigeru Miyamoto. They wanted him to make a ground breaking game that everybody would love, and he did. Believe it or not his inspiration was Popeye the sailor. The game was Donkey Kong . In this game he kidnapped Pauline (Princess Peach) and Jump man (Mario) has to save her in a construction site. Jump man had to jump over barrels and climb ladders to save Pauline. It was a huge success and made other games.

Then Nintendo decided to make a home console like Atari. So they did and named it Family Computer at Japan. Then they had decided to bring the Family Computer to America. The problem was that America did not enjoy gaming that much. The president of Nintendo said to sell the Family Computer at New York if you can’t sell it there then you can’t sell it at all. So Nintendo changed the name to the NES (Nintendo Entertainment System) and went to New York. First they put the NES at a Las Vegas (CES) technology event and people hated it.  So they contact Worlds of Wonder and said that they will give them some of their NES and forced them to the NES in the store. They also did not even call it a video game console they called it a toy another toy they put out was R.O.B (Robotic Operating Buddy)the robot. The games in the box were Duck Hunt and Gyromite. It was a big hit everybody bought it and soon they made the famous Super Mario Bros. Later, Worlds of Wonder went bankrupt. Thank you Worlds of Wonder! 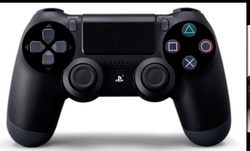 PlayStation made a conference and announced big news. Let's start off by saying that the PS4 is coming. The conference was not all about the PS4; they also announced new cool games too, like Kill Zone Shadow Fall which looks really beautiful and fun. They announced other games too, like Infamous Second Son, Diablo 3, Bungie's Destiny, Watch Dogs, and more! There is a new controller and it looks like the old one, but there is a little screen on the top and a share button that can make gameplay to live stream. You can play with the PS move controller for the PS4 .The most exciting part is that you can watch people play games and play it for them. According to IGN, the release date is around November, 2013, and they might have two prices, $450 and $550. So be excited for the release of the PlayStation 4.

By Faraz and Gio 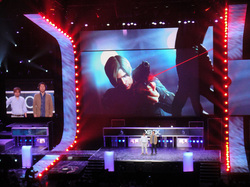 Resident Evil is a game and a movie the whole thing is based on two survivors they are going to try and find an antidote but two other survivors just want to kill them all. In the game the best way to kill them is to shoot them in head with whatever they have in the inventory.  The cool thing about Resident Evil 6 is that you can play the campaign online. The main story in the campaign is that there is diesis that turns people into zombies.  Leon is trying to find a cure before everybody turns into zombies.