CONGRATULATIONS TO THE CAST AND CREW!! By: Maria I. and Faraz P. 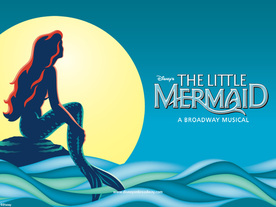 The AWMS drama kids performed the classic Disney musical “The Little Mermaid” this past Friday and Saturday.  They were even given the opportunity to be broadcast on national television!
The Little Mermaid Musical was on Friday, March 22 at 7:30pm and Saturday, March 23 at 2pm and 7:30pm, all three shows were sold out! My experiences in the show were filled with many great memories because it was so much fun, all of the rehearsals were tiring but in the end it was worth it because we put on some great performances. I formed a lot of friendships with the cast members especially the 8th graders who I will miss so dearly next year. We had so many laughs with Mrs. Benavides and Mrs. Valencia; Mrs. Valencia was an amazing vocal coach because of her I knew exactly how to sing the songs. Mrs. Benavides was also a wonderful director she gave good tips on how to act and her choreography was terrific. I will never forget my experience in this show and will cherish the memories forever!
When I came to see the show it was amazing, almost as good as the real movie. At first I thought it might be bad like a second grade play but it definitely wasn't. The acting was really good and it was hard to decide who was your favorite character. First you think it was Sebastian (played by Timmy Thompson) then you think it was Flounder (played by Luke Berninger), later you think that it was Ariel (played by Julia Levine), after that I think it's Ursula (played by Madison Roden). It went back and forth like that for hours. I thought that the singing would be horrible but it was remarkable and there was absolutely no dissapointment! Every thing about the play was fabulous and I wish I was able to watch it again and again. You can't even find one person that says the play wasn't spectacular!  The costumes were very colorful and pretty, also the entire cast is huge and it's filled with so many wonderful actors and actresses.  The show introduced the news on MSNBC, by saying "Good Morning," and introducing Chuck Todd.  Ursula was given the Top 10 Moment of the day by Luke Russert who was filling in for Chuck Todd. If you missed out on watching the clip live on television yesterday on Tuesday, March 26 then here is the link to the actual MSNBC website: http://tv.msnbc.com/2013/03/26/tdrgoodmorning-challenge-winners-5/ 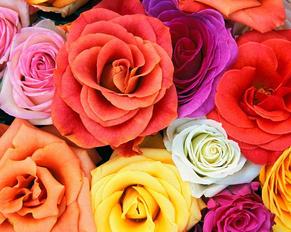 IT’S HERE! Spring break has finally come. Everyone is waiting for Thursday’s final bell to ring. We know that many people are going away, but is everyone? Some students are just staying home and sleeping in. What are you doing this spring break? From all of us at newspaper club, Happy Spring Break (even though it doesn’t feel like spring)!!!